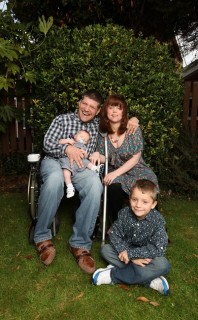 Over the years I’ve pretty much done all of the things in life which are meant to be stressful – getting married, having kids, moving home, demolishing and rebuilding part of my home…  But trust me, in terms of stress; none of these can hold a candle to being filmed for an observational documentary for six months!

This all started about two years ago.  I originally proposed a series of authored documentaries, mixed with comedy, around a variety of disability issues.  Whilst this didn’t get anywhere, the suggestion of a programme on disabled parents caught the eye of the commissioner and it was suggested that my wife Adele and I might like to be the subjects.  The only thing missing was a journey for us to go on, but this presented itself a few weeks later with the news that we were expecting our second child Jamie.

Observational documentaries, by definition are meant to simply observe.  In theory, they present events without bias and allow viewers to reach whatever conclusions they may deduce from what they see.  However if my background as a social science researcher has ever taught me anything, it’s that there’s simply no such thing as ‘unbiased’.  Whether intentional or otherwise, everyone comes to a project with their own experiences, views and baggage.  To my mind, even though makers of observational documentaries seek to merely record and present a series of events, inevitably the decisions they have to make around which material to use and which to discard will reflect where they are coming from and influence the viewer. 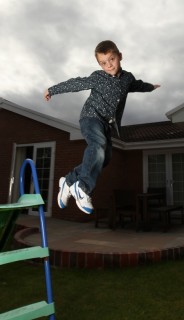 As the subjects of an observational documentary, Adele and I had no say whatsoever about what ended up on screen.  This has meant it’s hard not to focus on the stuff we shot and really wanted to be included that didn’t make it.  For example, I think it was a shame there was no footage of our older son Tom having fun and playing with his friends, to dispel myths around kids with disabled parents being isolated and somehow missing out.  It also would have been better if the programme could have shown how Adele juggles being a mum with her work and MA studies.  And I really wanted the programme to portray how we are in control of our own support, especially since a previous programme in the BBC Beyond Disability season on social care had completely ignored the innovation of self-directed support. 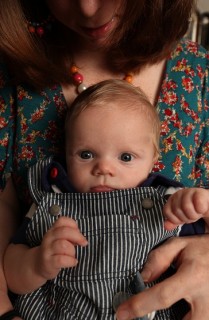 I also feel we were put under a great deal of pressure to allow the birth to be filmed for the documentary.  We were asked on numerous occasions over a number of weeks leading up to the birth, I can’t help but feel in an attempt to gradually wear us down.  We were even asked if we would  consent to a locked-off camera without an operator in the corner of the delivery room!  Throughout, we were adamant that the birth was a very private and personal moment for us both and we didn’t want it shown on national television.  We eventually reached the compromise of only allowing the camera in once we knew baby Jamie was born and going to be alright.  However despite this, audio of my reaction to seeing Jamie for the first time, taken from my radio mic whilst the camera was still waiting outside, was still used in the final programme.

Then we come to the thorny issue of that bloody title!  Throughout the filming, I had suggested a number of possible titles, none of which I feel were ever really taken seriously.  Then in October I read a news item on the comedy website Chortle, saying I was appearing in a programme called “Too Disabled for Kids?”  I was absolutely mortified!

Everyone concerned denied all knowledge of this title and it was quickly changed to the inoffensive “Jokes, Nappies and Wheelchairs”.  Then just before Christmas I was asked how I felt about changing the title to “We Won’t Drop the Baby”.  I said I really didn’t like it at all!  It made me feel very uncomfortable and brought up issues around child protection, the very opposite to the positive image of disabled parents the programme was supposed to be portraying.  A few weeks later I got an email saying this was now the new title!

Upon reflection, I still think this title was a misjudgement.  Whenever I’ve talk to people about the programme, they always seem enthusiastic until the title is mentioned, whereupon they tend to wince! 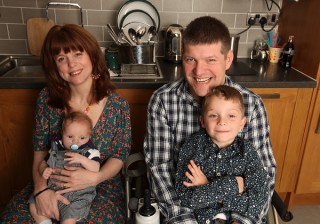 Overall though, I still think the documentary covers an issue seldom done justice on television and portrays disabled people as capable of being good parents.  I also think it shows Adele and myself raising two very happy and content kids, hopefully with more than a few laughs along the way.  But whenever I watch it, I can’t escape the feeling that I’m watching somebody else’s outlook on the lives of myself and my family, rather than our own.

It’s quite an odd feeling!

This entry was posted in Blog. Bookmark the permalink.

6 Responses to Behind the Camera